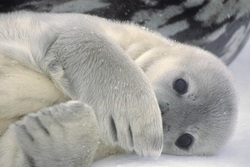 Weddel seals
Weddell seals live in the pack ice.
They are often seen in tide cracks or sleeping in the ice.
Weddell seals are known for their deep dives.
They can stay underwater for around 80 minutes. 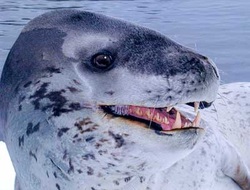 Leopard seals have a thick layer of blubber or fat up to 10 centimetres.
The blubber or fat gives them their sleek and smooth look.
Leopard seals can stay up to 1 hour underwater. Larger leopard seals probably switch from krill to more substantial prey, including king, Adelie, Rockhopper, Gentoo and Emperor penguins, and less frequently, other seals, such as the Crabeater seal.